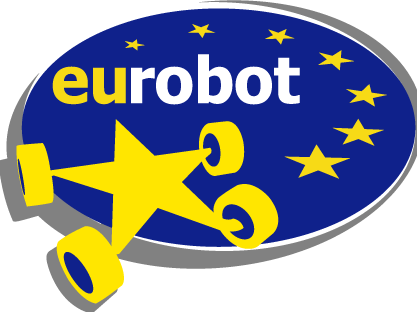 EuRobotics Engineering is a team of robotics enthusiasts which participates in Eurobot. We are a group of engineers in telecommunications and electronics. Eurobot allows us to unleash our spirit of inventors, apply our engineering skills and have fun doing it.

During these years we have had the support of the Department of Electronics at the University of Alcala (UAH) and recently, since 2011, the Association of Robotics Coslada (ARC), an association created by a group of fans friends to robotics. Some years we could have the help of companies that have sponsored us like Mobile Minds and Ayudas Hidráulicas.

Eurobot is an international robotics competition originated in the French Cup Eurobot (1995).

Eurobot is a robotics competition whose rules change from year to year. Although every year the game and its elements change, certain rules are maintained as the field size (2x3m) and the dimension of the robots. In each match two teams of robots (usually consisting of 1 or 2 robots) play in 90 seconds long matches. The robots are autonomous, competing without any kind of external or human control, and have to make use of their own intelligence, motors and sensors to get more points than the opponent to win.

To know more about this competition click here: Eurobot.